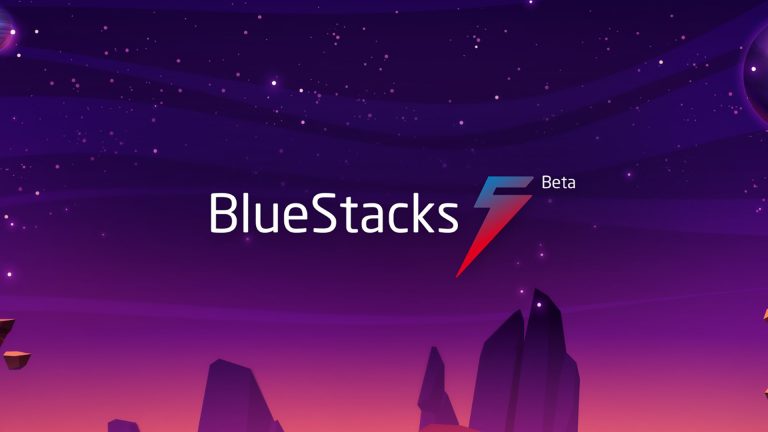 Android is by far the most used mobile operating system in today’s time. Putting things into perspective, as of January 2021, over 71% of the operating system market share is held by Android. The closest competitor is iOS that holds roughly 23% which is not even close to the Google-owned operating system.

Due to its popularity, a number of PC users have started looking for ways to get Android on their PC. Furthermore, developers have caught on to that and developed a number of programs that allow the same. In this article, we’ll be listing down the 12 best Android operating systems for PC in 2021.

Bluestacks is the true OG when it comes to running Android on a PC. It has been there for us for the last decade and continues to help users run Android applications on their desktop. If you haven’t heard of this application before, it is an emulator that runs Android on a window within your original operating system. In other words, it is like operating an Android mobile device on your PC just like you would run any other application.

It is one of the fastest ways to run Android on your PC while also being the lightest in terms of load. You just need to download Bluestacks on your PC and run it. After that, you can download and run any Android application from the Google Play Store within Bluestacks.

Most Android emulators/operating systems find it tough optimizing the operating system as per a PC. However, Prime OS has broken this deadlock ever since it came out in 2019. It gives its users a complete desktop experience while also running Android applications quite smoothly.

It is an x86 based operating system that is created especially to fulfill the needs of gamers today. Not all of us own a high-end mobile device. Hence, having a stable Android operating system for PC such as Prime OS in your arsenal goes a long way. Additionally, you also get the option to dual-boot this OS with Windows which makes it all the more worth it.

Since at one point it was the only x86 option available, Phoenix OS became quite popular in the Android for the PC community. Fast forward to now, the OS is available in both x86 and x64 variants.

It is a great option if you’re looking for a feature-packed Android operating system for your PC. As for the software itself, it is based on Android 7 which is relatively old. However, the company continues to provide regular updates that make sure that the user experience is always brand new and compatible with the Play Store at all times.

We recommend programmers opt for OpenThos since they would be able to make the most out of it. On the other hand, people that are new to running Android on their PC might not be able to get used to this OS straightaway considering that it does not have a Google Play Store; as a result, you can only download and use Android applications through third-party sites.

As its name suggests, the Android-x86 Project operating system is optimized for x86 architectures. It is one of the lightest Android-based PC operating systems at the moment which is quite surprising as it runs on Android 9. Moreover, the developers of this OS are currently working on an Android 10 variant which is said to be light as well.

If you’re looking for a simple Android OS for a PC that does not put a lot of load on your PC’s hardware, this particular software is a great choice.

Previously known as “Cyanogen”, Lineage OS was a popular custom ROM for Android devices. But as time went on, its developers optimized it for other platforms as well. It is a free and open-source operating system which means that users can enjoy the full Android experience while also being able to customize it as per their own liking.

It is worth noting that LineageOS is still primarily meant for tablets and other compact devices, it can easily be downloaded and dual-booted with Windows on a PC. Moreover, due to its sheer popularity, its developers are consistently releasing updates for it.

If running the latest version of Android is your primary goal whilst running Android on PC, look no further than Bliss OS. It is based on Android 11 and is known to be one of the most aesthetically pleasing Android-based PC operating systems out there. Not only that, but it is also open-source; as a result, its users can customize it as per their liking as well.

In terms of architecture, the OS comes in both x86 and x64 variants both of which are known to be quite stable. All in all, Bliss OS is one of the best options available at the moment.

Though Chrome OS is not the most popular operating system in terms of market share, a lot of users around the world seem to like its aesthetics and crispness. Fyde OS has been designed while keeping the same thing in mind. It is a combination of Chrome OS and Android.

It focuses on faster loading times which is perfect for office work and light gaming. Unfortunately, the OS is only available in the x64 variant at the moment. Adding to that, you also don’t get access to the official Google Play Store with this operating system. It comes with an “Android app” feature which if turned on, allows users to install .APK files on their PC.

When it comes to Android emulators, Bluestacks takes the cake by far. Though this is justified due to how long it has been with us, one can easily argue that it is not the best option available. Furthermore, when an emulator such as Genymotion comes to the market, that argument holds quite some value.

It is a free Android emulator that is quite light and fast. Adding to that, users also get the option to choose the Android version of their liking whilst installing this software which goes a long way as not everyone prefers to use the same version.

We are all absolutely gobsmacked whenever anything innovative comes around in the field of technology. With Maru, you get a similar vibe as it takes a different approach for running Android on a PC. Unlike conventional software that is installed as an application or operating system on the PC, Maru is installed on your smartphone.

Once you have the application on your mobile device, you can connect it to your PC and use the Android experience on a bigger screen. What we liked the most about Maru is that it allows you to use Android on both your mobile device and PC simultaneously. Hence, your endeavors don’t stop if you receive a call or anything along those lines.

Koplayer is another Android emulator for PC. It is specifically designed for gamers and content creators. Hence, it sports a light yet fast design. It is a great alternative to Bluestacks if you are trying to save up on size whilst looking for an emulator that has been optimized for gaming as well.

The most popular feature that you get with Koplayer is “video capture” which as its name suggests allows you to screen capture your gameplay/tasks while working with the application. This is great if you wish to post your Android on PC experience on social media.

Android Studio is a popular program among programmers. Though it is primarily used to create Android applications, it comes with an emulator inside for testing purposes.

If you are someone who only needs to run light Android apps on their PC, using the Android emulator inside Android Studio is a great option. To do so, you just have to download the .APK version of the app you want to run and open it in Android Studio.

Due to its sheer popularity and open-source nature, Android continues to be the leading body in terms of operating systems. This explains why users around the world demand the Android experience on their PC. Thankfully, the world is now filled with talented developers who continue to release software that is smooth and fun to use. Despite that, it is worth noting that there is also plenty of garbage that is available to download. However, if you choose an Android OS for PC from our list, you are destined to enjoy using the mobile-based operating system on yours.