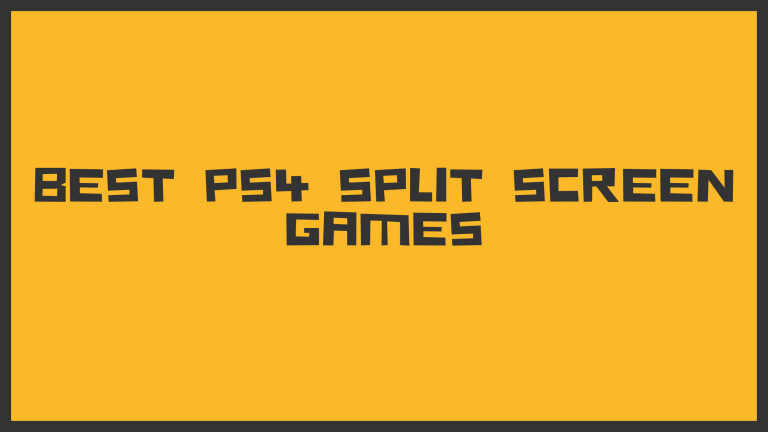 PS4 Split Screen Racing Games are really liked by racing games enthusiasts, nowadays. Gaming has been a major part of our lives since childhood. From Temple Run on our phones to Mario Kart on PlayStation, everything screams nostalgia. It helped a lot of us to get through the quarantine without losing our sanity.

But sometimes, there is no fun in playing games alone, no motive, no competition, but thanks to the several PS4 games that can be played on split-screen with your friends and have a better experience.

We will be telling you about some of the best PS4 split-screen racing games that not only give the experience of enjoying other people’s company and connecting through mutual interests but also makes the whole gaming experience involving and fun. 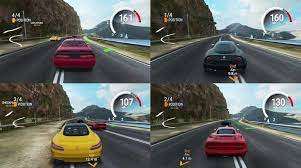 Racing games have always been one of the top genres in the games and there is only one thing that can make it better, playing it with your friends. We know that there is a different kind of solace and comfort in playing the games but for a change, playing with friends can give you a whole different experience. Here are a few games that can be played using split-screen mode on PS4:

Hot wheels, one of the most popular names in supplying the best model toy cars ever made. Variety of cars along with race tracks is something hot wheels has been doing for years, so obviously, it had to establish its brand in the online gaming world as well. With classic tracks, and 66 cars to choose from, and 100 events to compete in, who wouldn’t be interested? Not only that but it also provides an offline split-screen mode and online multiplayer mode.

The customization part of this game is the cherry on the cake as it allows you to colour your car and add decals as well. You can also make your own tracks.

It is another car racing game with amazing graphics and animations. It is not that hard to play but quite competitive and visually pleasing. It has 15 characters and players can compete using any character they want which suits their vibrant, unique personalities. It has also given the option of splitting the screen into four.

You can compete with your friends, or join other teams. You can also select multiplayer from the main menu and it can allow up to three players to join the game. There is one drawback of this game though that it does not allow you to play online. If you want to play it on split-screen with your friends, you would have to do it locally and offline, the old traditional way.

This is an off-road car racing game that provides a multi-range of models to drive in. As you progress, the scenery keeps changing ahead. It has 5 single-player game modes and some challenges that can be only played in multiplayer game modes such as Last man riding, King of the road, Hunter and Golden Helmet. There are also several battle veterans to choose from and also offers the opportunity to play it in the split-screen mode.

The game allows you to play in four different modes which are: Last Man Riding, Hunter, Golden Helmet and King of the Road. It would be an understatement to say that this is just a simple racing game as it keeps surprising you with bumpy tracks and tricks. You can also perform mad stunts throughout the course.

Dirt 5 might just be considered an extreme sport that fills you with thrill and gives you a burst of energy. This game is ruthless with a range of a variety of cars for players to ride and experiment with and different routes of snow, sand and lush forests and 10 different global locations including the northern lights of Norway. There are over 130 events to participate in. Not only that but you can also enable split-screen in career mode and share the journey with your fellow mates.

What do you get when you combine the best of both worlds? Rocket League. In this absolute banger of the game, you get the fun of racing cars and soccer, both packed in one. It can be said that this is a soccer game with rocket-powered cars.

Four players can play this game with two players assigned to each team. A rocket-powered car is assigned to each of the players that they have to target it into the opponent’s goal. Why does it qualify into our list of best PS4 split screen racing games? The reason being that you can play it online with your friends as well as offline. The players can also bump into each other for bonus points and you can have additional fun as the game allows for various other modes.

When you are looking for the theatrics of the racing game, you will find them all in TrackMania Turbo. Talk about the speed, the breathtaking stunts and the stunning locations, all of them in this pocket dynamo.

With the different modes in the game, the Double Driver mode allows you to play it on split-screen. Here, the two players can control the same car while four players are able to join in on the game.

What’s different? Here you will be able to customize the track designs for your fun. The track creator allows you to come up with your own tracks along with the 200 tracks already allotted in the game.

You would have an idea or two from the name of the game. The game comes with the primary theme of anti-gravity, putting a pinch of uniqueness into the list of best PS4 split screen racing games.

The players can drive the anti-gravity cars in this futuristic gameplay. This can be played with friends and it allows you to set the traps along getting the boosts and abilities through the course. There is unlimited speed in the anti-gravity cars, allowing up to 4 players to participate in the game.

In addition to this, you will also find weapons that can be used to upgrade your vehicles or attack opponents.

Yet another gem from the collection of the best PS4 split screen racing games, The Grand Tour Game is an episodic video game developed by amazon gaming studios released on 15th January 2019, based on The Grand Tour. It comprises 3 series and various types of challenges such as drifting challenge, time challenge, racing challenge, speed challenge, checkpoint challenge, etc. The game is very hyper-realistic since you get to play the actual scenes you saw. It is hosted by Jeremy Clarkson, Richard Hammond, and James May.

The game has brilliantly adopted the inspiration from the show into the game. Up to 4 players can play this game in split-screen mode with the transitions of the show. There are also original voiceovers of their original hosts in the show, giving you a sensational experience. There are more than 70 cars on the 36 tracks with more than 200 playable scenes in the game.

There are various innovative gadgets that you will get in this game and let us warn you, it is a tough game to play. However, you will find yourself playing over and over again once you finish the tour as it’s catchy and keeps you hooked.

If we list out all the racing games in the world, you would have to spend a week or so reading them all but this is that one game that goes an extra mile and takes a methodical approach. You can play this with your friends in split-screen mode, offline or online.

There are unique locations that test your ability and skills as this does not give you a chance to be careless. You would have off-road races where you have to race on the mountains without rails and if you tread lightly, you will find yourself at the bottom of the pit. The game tests you by giving you the roads which seem easy to speed up but also surprise you with surprising obstacles in the middle of the course.

All of the games listed above have some uniqueness to them, which makes them different from each other. Amidst the plethora of games everywhere around you, we have put forward the best PS4 split screen racing games that will just double the joy you experience while gaming.  We hope that you liked this post and are ready to try some of the games we listed above.