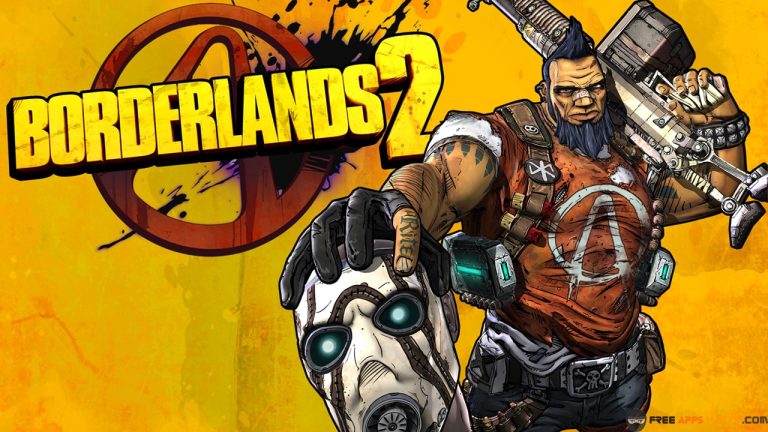 Borderlands 2 is a popular FPS action-shooter known for its immersive experience and open-world environment. While the first instalment in the Borderlands franchise, Borderlands 1, was a smash hit in its own right, Borderlands 2 significantly improves on its predecessor and takes the franchise to the next level.

the first character on our Borderlands 2 playable characters list is Axton the Commando. Axton hails from Hieronymous and spent a decade with the Dahl military force. He has three skill trees, namely Guerrilla, Gunpowder & Survival. His melee weapon is a tomahawk, and if you carefully spend 43 skill points, you can get his turret featured in the opening sequence. Speaking of…

Axton’s unique ability is the Sabre Turret. It is a mounted gun featuring a 360° rotation that can be upgraded with a cooldown of 42 seconds and lasts for 20 seconds. It can be manually deactivated before its timer expires in order to refund some of its cooldowns. Axton often refers to the turret as “sweetie”, “honey”, “the Mrs.” or his “girlfriend”.

Axton was discharged from the military due to his disregard for orders, leading to several compromised missions. His ex-wife, Sarah, was also his former commanding officer. Axton has a bounty of  $5,000,000,000 on his head and is wanted for war crimes. Axton avoided execution by a firing squad by going AWOL. Later, he learned about the Vault from a radio advertisement that eventually led him to Pandora.

The next character on our Borderlands 2 playable characters list is Maya the Siren. Maya has a bounty of $720,000,000,000 on her head and is wanted for the crime of being a siren. Her skill trees are Motion, Harmony & Cataclysm.

Maya’s special ability is called Phaselock. It has a base cooldown of 13 seconds and a base duration of 5 seconds. This ability is so terrifying because it allows her to suspend foes in another dimension. The ability can also be upgraded to inflict various damaging effects. This ability is very useful in situations where Maya needs to sneak in or out of enemy territories. However, phaselocking the same target, multiple times results in diminishing returns.

Born in Athenas, Maya trained her Siren powers secretly until she became an adult. Once she reached adulthood, she was looked upon by the monks as their goddess and saviour. Later she learned that the ruling order of monks was using her name to extort money from people. Maya longed for adventure and wanted to travel to Pandora to learn more about her Siren lineage. She headed to Pandora after executing her handler Brother Sophis.

The third character on our Borderlands 2 playable characters list is Salvador the Gunzerker. He is one of the most destructive players in the game and can inflict large damage on enemies. Salvador has the fourth highest bounty on his head among the Vault Hunters and is wanted for a number of crimes, including manslaughter, theft, arson, destruction of property, trespassing, cannibalism, public indecency, and profanity.

Salvador’s special ability, Gunzerking, allows him to dual-wield two guns (of any type) at the same time. The Rampage & Gun Lust skill trees amplify his dual wielding skills, while the Brawn tree affects the amount of damage he can take. Gunzerking has a base cooldown of 42 seconds and a base duration of 20 seconds.

Salvador is from Ovejas and suffers from stunted growth due to heavy steroid usage throughout his life. Salvador was on the verge of being executed by his own people when he ripped off the arm of the last survivor of the Hyperion strike team that had invaded Ovejas. He learned about the Vault after “interrogating” the last survivor.

Zer0 is one of the most mysterious and yet one of the most interesting characters on our Borderlands 2 playable characters list. He often displays holographs from his faceplate, revealing his emotions. Zer0’s skill tree includes Sniping, Cunning & Bloodshed.

His special ability is called Deception, and it allows him to deploy a holographic decoy of himself. With a base cooldown of 15 seconds, Deception is one of the most useful abilities in the game, especially during scenarios that require stealth. Moreover, it gives up to +650% Melee Damage or +200% Gun Damage and +250% Gun Critical Hit Damage. While cloaked, Zero0 can inflict damage on his enemies. However, he also takes damage from his enemies, unlike Lilith’s Phasewalk.

Not much is known about Zer0, owing to his mysterious personality. He is a gun for hire who performs both political assassinations and common hits. Zer0 decides to travel to Pandora after learning about the Vault from a bartender in order to challenge his own skills. Zer0’s origins and real name are unknown.

Up next on our Borderlands 2 playable characters list is Gaige the Mechromancer. Interesting would be an understatement when it comes to describing Gaige. She is a gadget-savvy mix between human and machine with a robotic left arm. Her skill trees include Best Friends Forever, Little Big Trouble & Ordered Chaos.

Gaige’s special ability is called Deathtrap, and it has a cooldown and duration of 60 seconds. Deathtrap’s melee strike with its Digi-structured claw is ruthless and inflicts heavy damage on the enemies.

Gaige has one of the most interesting backstories in the Borderlands series. She was a high-school student from the planet Eden-5 with a loving and supportive family. Gaige found the history behind the Vaults and Pandora intriguing. Gaige originally conceived deathtrap as a science fair project to combat bullying. After her father bribed the judges, Gaige’s rival, Marcie, won the fair.

Marcie would then proceed to shove Gaige, which would cause Deathtrap to identify her as an enemy. Deathtrap attacked Marcie with its claw, causing her to explode. Following this incident, Gaige managed to avoid arrest after she asked her father to cause a distraction. She bought a transplanetary shuttle ticket to Pandora to become a Vault Hunter after bidding farewell.

The final character on our Borderlands 2 playable characters list is Krieg The Psycho.

Kreig’s special skill is the Buzz Axe Rampage. It has a duration of 16 seconds and a cooldown of 120 seconds. His skill trees include Bloodlust, Mania & Hellborn. Killing an enemy with the buzz axe immediately regenerates Krieg’s health. The axe caused 500% melee damage and 300% melee damage when thrown and granted Krieg increased movement speed. However, damage output can be increased with melee-enhancing skills, ranks and items such as class mods.

His mother abused Krieg as a child. He used to work as a bounty hunter. He would track down fugitives and mercenaries but gets captured by Hyperion. Kreig was one of the captured bandits on whom Dr. Benedict performed experiments. Krieg ended up escaping the facility and murdering Dr. Benedict. However, the experiments had already done damage. Introduction of Kreig in the story takes place after his interaction with Maya.