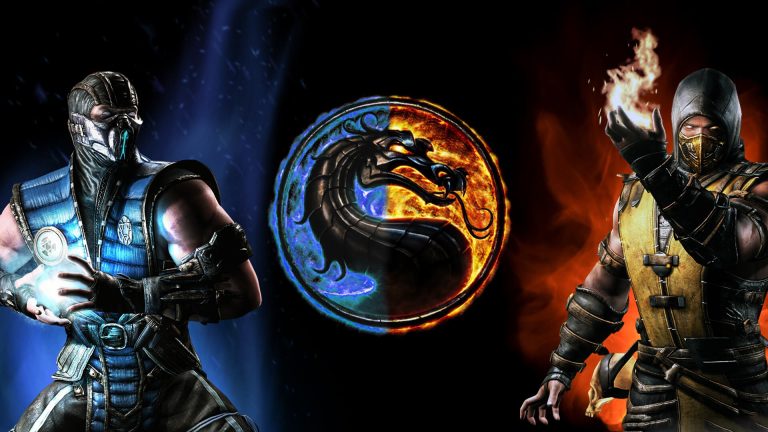 In this post, we will discuss Mortal Kombat Games in Order of Release. Mortal Kombat games have to be one of the most popular gaming franchises. Even if someone hasn’t ever played a game on their PC or mobile phone, they would have still heard about Mortal Kombat at some point in time. When it arrived on the scene initially, it became a show-stealer straight away.

What started back in 1992 has continued to make its mark to this day as its latest version was released in April 2020. Since so many games have dropped in these 28 years, we should take a look at how Mortal Kombat has made a legacy for itself with each release.

The hype behind this 1992 video game was humongous. This is an example of how to start a gaming franchise effectively so that people wait for what’s next to be offered. It is well known as an arcade hit. The game was meant for several platforms such as Super Nintendo, Sega Genesis, Gameboy, Game Gear etc.

Since the game became immensely popular, it was released on other platforms too. Two years later, it was made available in MS-Dos And Amigo Formats.

It was obvious that Mortal Kombat was leading into a franchise. But little did people know that the next version will be made available just a year later. Just like the first release of this franchise, this one went well with the gamers too.

The developers looked after some of the cons from the first version and improved it in Mortal Kombat II. The release format was the same and it was widened only after people reacted to it very positively.

Now that the anticipation for mortal kombat games was sky-high, the developers took a little more time to release the next version. Mortal Kombat 3 was released a couple of years after Mortal Kombat II. This can be described as the landmark version of this game, both critically as well as commercially.

Since the first two versions had created the right hype, the third one blew the roof off the building with its commercial success. At the same point in time, it gave users some of the most celebrated characters in the game.

The next release didn’t take much time the developers released two versions of the game in the very same year. This one was quite different from the versions that came before it.

The developers were making small modifications until they came up with Ultimate Mortal Kombat 3. The move set of existing characters was enhanced and more content was added to the game. The fan favourite characters that were left out of the original release were brought back.

At this point, new consoles were released in the marketplace.  The developers of Mortal Kombat tried to make the most out of this situation. It was the first game of the franchise that was not released in arcades.

It was built in a way that looked like a compilation of older versions. The developers didn’t try to pull off anything experimental here. They stressed bringing back the characters from the first two versions, apart from bringing some of the stages from those games.

Here is when the developers of mortal kombat games started to think out of the box. With this release, they wanted to move the series into the modern era. The originality of the game was the biggest reason why it attained popularity and they wanted to pull off something that was never seen before in the game.

The first step in that direction was the use of 3D graphics. The players could use objects as well as weapons here. The game was first released into arcades and it was followed by a release on the Nintendo 64, Sony Playstation, and Windows PCs.

The scope of this game was limited as it was console exclusive. It saw the release of six new characters, apart from being very close to the original release from 1992. This was the first version that didn’t sit well with the gamers.

Since it wasn’t made available in the arcade, people didn’t like it much. It was exclusive to a Sega system. Its limited release was one of the reasons why it was forgotten easily.

The start of a new century didn’t sit well with Mortal Kombat Games. The previous version wasn’t liked by people but the dislike for Mortal Kombat Advance was far more. It can be described as a game with the worst reputation in the entire series.

The control scheme of the Gameboy Advance and the less violent nature of the game were some of the reasons why people just didn’t like it.

The ball was in the court for Mortal Kombat developers and they improved from the previous version of the game. The game was still kept combo-heavy but there was more versatility offered on each character.

Gamers could switch between different fighting styles. The game looked much more realistic and the graphics were improved immensely too.

The initial release of the game saw a limited inclusion of characters. It was only after a year that they added more characters to the game. The feelings were mixed amongst the gamers but it was still perceived far better than Mortal Kombat Advance.

The developers brought back a huge cast, more ways to kill opponents and so much more. The game was considered to be the best fighting game released that year, a huge feat for the franchise which wasn’t doing great exactly in the past few years.

It was the end of the Mortal Kombat story with this game. The developers brought back its design and control cues from the previous successful games such as Deadly Alliance and Reception here. It included some new features such as Kreate-A-Fighter, allowing gamers to create their custom fighter.

It was a portable exclusive release. The number of characters was reduced here and the graphics were toned down too. Since it features a portable multiplayer mode, it sat well with gamers, becoming one of the most successful portable games of the entire series.

The developers again risked it by bringing something fresh to the franchise. A host of new mechanics were introduced. The game was made more PG friendly with less violent and gory elements. It was a limited release in comparison to the previous versions but was perceived well.

They ignored putting some fancy names on this version and kept it the same as the original release. The gory elements were brought back here. Some of the elements include X-ray mode, a 300 level Challenge Tower, and an excellent online mode. It was originally released on the PlayStation 3 and the Xbox 360. With its success, the game was brought to other platforms such as Windows.

This was a proper compilation of all the previous successful versions, bringing back the old memories for all the Mortal Kombat fans. There were only a couple of changes in comparison to the original versions of the game. It was first released for PlayStation 3 and Xbox 360.

It took developers four years to bring something fresh to their fans. The past few releases had done decent but none of them made huge names. This game brought back amazing graphics and the fighting mechanics were improved too. It was the story that proved to be the biggest asset to the game, something that was never-seen-before in the franchise. It was a wide release, being made available for Windows, PlayStation 4 and Xbox One at the same point in time.

The developers again took 4 years to develop a new version. The timeline of Mortal Kombat X was pushed into the future. While the story was different, the developers brought back the excessive finishers and the over-the-top gore from the past versions. It was a wide release just like Mortal Kombat X.

This game brought back the entire roster of characters, 37 in number, combining the base version of the game with the expansion. All the downloadable content was brought back too.

Mortal Kombat has made a huge legacy for itself, with 19 different releases in 28 years. We are all wondering what’s left in store for the franchise. At this point, we can only wait for the next big announcement from NetherRealm Studios! In this post, we discussed Mortal Kombat games in order by Release Date. We hope that you enjoyed reading this post.